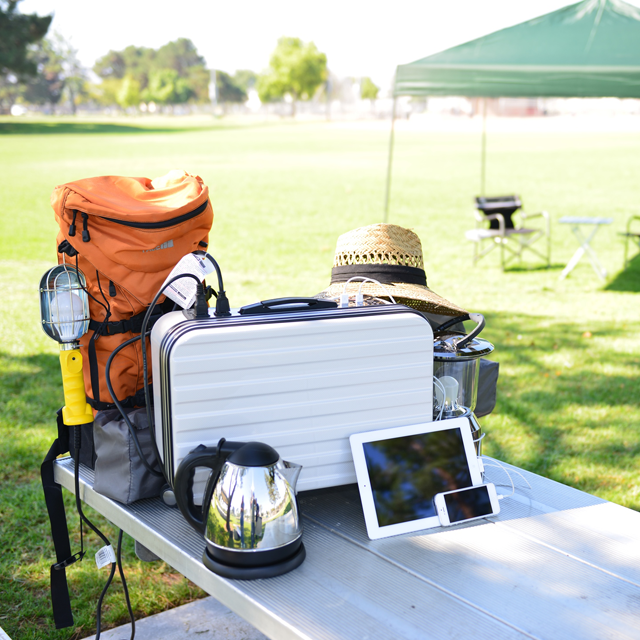 【Taipei, Taiwan, Jan. 20th, 2016】 At the World Climate Summit held in Paris at the end of last year, nations signed an agreement to limit carbon emissions, contain the global warming trend, and renew the Kyoto Protocol which will expire in 2020. The biggest difference compared to the past is that many countries promised to voluntarily reduce carbon emissions. All over the world countries are actively investing in developing clean energy sources such as solar and wind power, hoping to restrain global warming. Renewable energy sources such as solar and wind power is limited by natural environments, and their power output is intermittent. While power generation from renewable energy sources is increasing year by year, the Energy Storage System (ESS) is expected to fix the renewable energy sources’ innate problem, and address the issues of energy and global warming.
FSP Group has successfully developed various Energy Storage Systems, such as grid tie, off grid (portable, back-up) inverters, and self-reliant models. EMERGY 1000 Portable Storage System won the 2016 Taiwan Excellence Award. Besides being manufactured and produced in Taiwan, its built-in self-developed high-efficiency power conversion system can use solar photovoltaic systems to charge directly, and its large 1500W AC power output can directly power home appliances such as induction ovens, refrigerators, TVs and hair dryers. High-quality pure sine wave power output can be used for portable medical, communication, and premium sound equipment which solves power supply problems when this equipment is used outdoors or in environments with no access to mains. It is light-weight, and its leading no-opening, no-fan cooling design prevents the absorption of dust, moisture or foreign objects, thus lowering the risk of system malfunctions. EMERGY 1000 can be used indoors or outdoors where there is none or limited access to power. It is being distributed to more than 10 countries and has received patents in many.
The soon to be released solar power FSP Micro Inverter and the grid tie and off grid dual-use inverter (HySpirit Series Inverter) are green energy solutions developed under the FSP Group’s vision of “becoming the leading company for global green energy solutions, being involved in everyone’s life, and contributing to the environment.” Micro Inverters can maximize the power output by each solar panel, and do not have the problem of having lowered generation efficiency due to shades caused by clouds, trees, fallen leaves, and bird droppings like string inverters do. In addition, they do not present the problem of high DC voltage resulting from solar panels using string inverters. Micro inverters are most suitable for installations in limited roof space and on green buildings. Besides generating power, they also block heat sources on the roof, save AC power consumption, and protect property and people’s safety.
Grid tie and off grid dual-use inverters can be combined with storage systems, and operate in three different modes: Feed Optimized, Saving Optimized, and UPS. This makes a quality living experience that encompasses green energy, smart power management, and ensured power supply in critical situations, a reality. All FSP solar power inverters provide smart monitoring software allowing you to monitor your own generation system’s equipment safety, power generation status, and the amount of carbon emission reduction at all times. FSP Group is committed to developing clean energy sources. In addition to the EMERGY 1000 which won the 2016 Taiwan Excellence Award, we hope our other renewable energy systems will also contribute to benefit the environment. 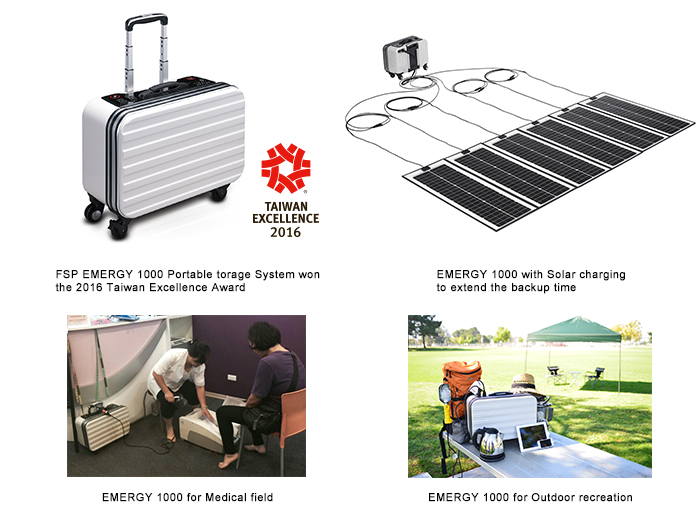